A few days after I saw Jack White perform in Pittsburgh, I was composing, with definite irritation, an email to Third Man Records describing a newly purchased vinyl that would repeat the first song continuously and skip without end. To my surprise (and delight), I was sent the below video, describing my new Lazaretto record as an Ultra LP. I won’t give too much away, but the features on this record blew me away.

The most remarkable feature has to be the hologram on side A. Still skeptical, I asked my dad (a physicist) if what I was seeing was truly a hologram. For all of your reference, he described it as more of a “simple diffraction grating.”  I’m not going to even attempt to paraphrase what came next: “The simplest of diffraction gratings are made by scratching parallel lines into a substrate.  You can get the same effect by interfering 2 beams comming out of a laser and recording it on a photosenstive plate.  The angel is a slightly more complex diffraction grating where the incoming light is directed to specific points in space to create the effect.  If you shine a laser pointer in that holographic band the angel should be easier to see.”

And there you have it, an excellent album and a physics lesson in one.

Among silver tea sets, vintage typewriters, and fur coats, I found this hologram necklace once belonging to my late nanna. My dad, now retired, was an engineer who worked on holograms, so I’m sure he gave her this beautiful rose necklace. In the right light, the image truly looks 3D. Given all the hologram-inspired fashion I’ve seen the past couple of years, my nanna was clearly ahead of her time! 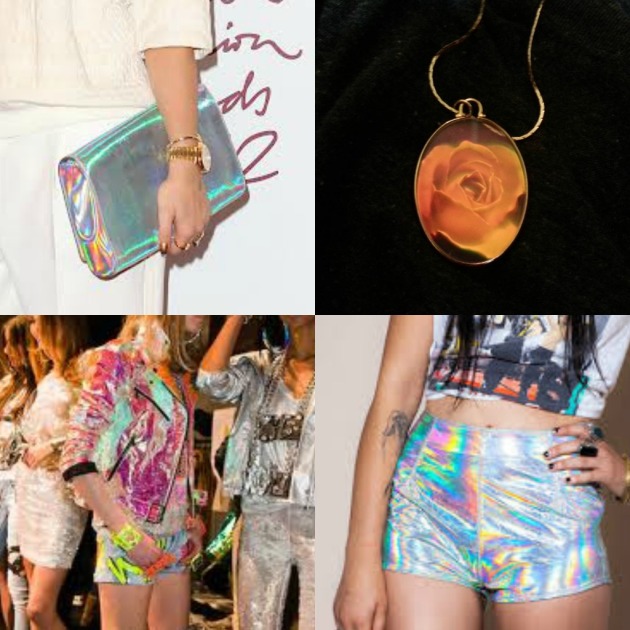 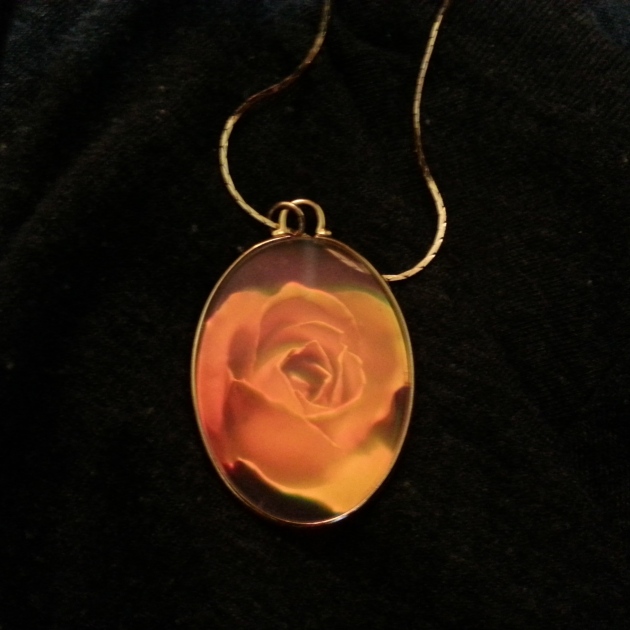 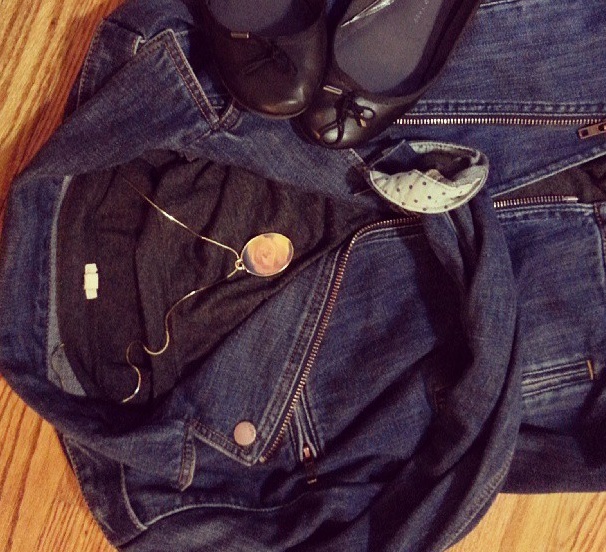